In world
21-year-old national volleyball player Ebrar Karakurt, who made a name for herself through her success at the Tokyo Olympics, has been targeted by some media for her sexual orientation. 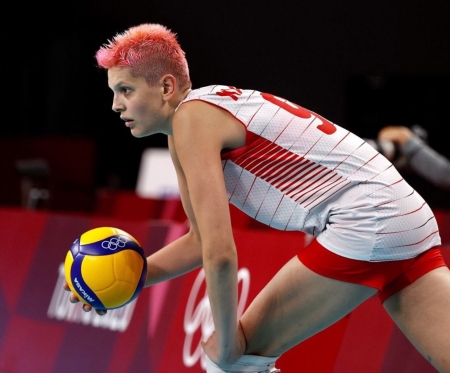 According to the BBC, Ebrar Karakurt posted a joint photo with her girlfriend on her Twitter page and this caused a storm of indignation in the country's conservative society. The volleyball player was harassed, after which she removed the photo. At the same time, the Turkish Volleyball Federation and teammates supported the athlete, saying that she is a fighter on the court and a wonderful player, and her personal life does not matter. 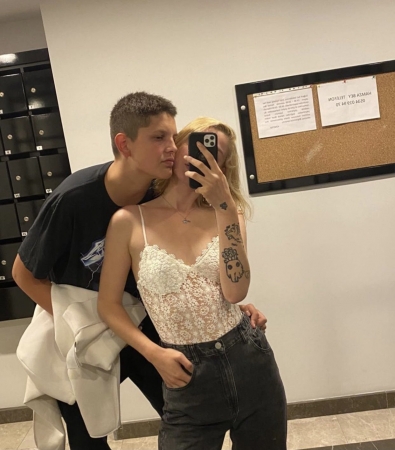 Kurtaran Mumcu, member of the board of directors responsible for the national teams of the Turkish Volleyball Federation and the press, said: "Ebrar Karakurt is one of the most important and promising players in Turkish volleyball." The personal life of each person. belongs to him. Everything else is just spite, ”he said.

The Beşiktaş volleyball team also shared a support message on their Twitter account, along with a photo of Karakurt taken at Vodafone Park Stadium. 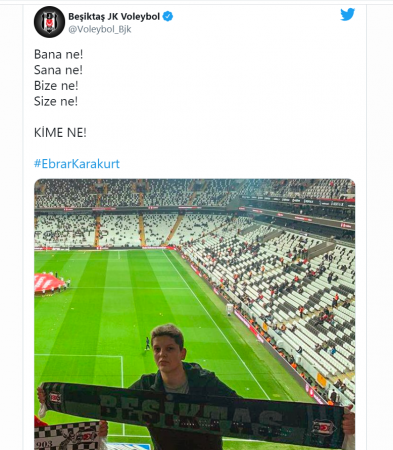 Due to lack of funding, the article was translated by google translator. Gay.Az editors apologize for the inconvenience*
Gay.Az/Salam.gay
17
1
20.08.2021