Азербайджан
1. What is LGBT? 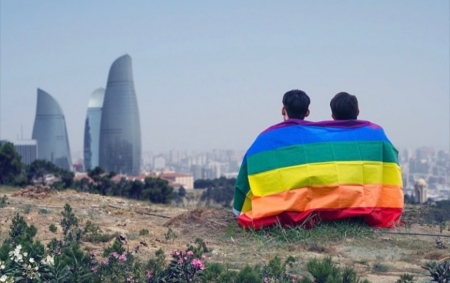 2. What is the right way to talk about LGBT people?

The words "homosexuality" and "homosexual" should be avoided as they carry negative emotional connotations. In Soviet medicine, these terms were used to denote a sexual perversion subject to treatment, and in criminology, a crime subject to punishment.

In the early 2000s, the neutral word “gay” was increasingly used in everyday life. However, this term is not always associated with sexual behavior: it means self-identification. Gay is a person who accepts his homosexual orientation, is aware of his belonging to the gay community and culture, as well as the need to defend his rights. By the way, in the West the word “gay” is used to describe homosexual people of both sexes - both men and women. Moreover, it is often used as an adjective. For example, "gay woman" or "gay girl".

In the Russian-speaking space, such women prefer to call themselves the word "lesbian", which goes back to the ancient Greek poetess Sappho (Sappho), who lived on the island of Lesbos and devoted many poems to her love for a woman.

Bisexual men are called bisexual, bisexual women - bisexual. Both those and others together are often called the word "bi" (from the ancient Greek "two").

The correct terms for people whose biological sex does not coincide with their gender identity are the words "transgender", "transgender man" and "transgender woman". 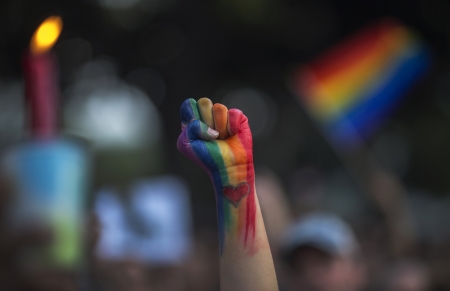 3. Why are gays and lesbians not visible?

For many gays and lesbians, it is very difficult to tell parents, colleagues and friends about their homosexuality. And all because a huge number of myths, stereotypes and various kinds of social stigma are likely to prevent them from receiving information adequately. Relatives are most often afraid of the reaction of others to the fact that there is “such” a person in their family. The question is always raised: "What about the grandchildren?"

In the worst case, relatives, friends and even parents can stop all contact with a person who has talked about their homosexuality or transgenderness. Naturally, for this reason, people are in no hurry to devote others to the details of their sexual identity.

It is often difficult to admit this even to oneself, because in our society there is a stereotype that being homosexual and or transgender means being rejected. Alas, this stereotype lends itself to breaking with great difficulty.

4. Can I change my sexual orientation?

History has repeatedly described cases of attempts to "cure" homosexuality by a variety of methods - from electroshock and chemical castration to conversion therapy, implicated in religion.

Needless to say, such "treatment" often resembled torture? In fact, no therapy can change sexual orientation. Primarily because sexual orientation, whatever it may be, is not a disease. This is very easy to understand by the opposite example, imagining a heterosexual man who, with the help of pills, prayers, electroshock and hormone therapy, is trying to make other men want and feel disgust at the sight of a naked female body. Hard? That's it. 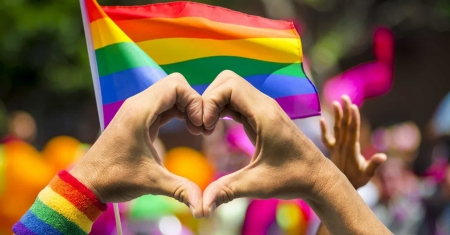 Gay Pride is an entertaining procession in the form of a fun carnival. There have been no gay parades in Azerbaijan, and they are not planned for the near future. Azerbaijan is not Brazilian São Paulo or German Berlin: the Azerbaijani LGBT community has nothing to celebrate with carnivals.

The English word "pride" means pride. In English, the connotations of this term can vary, and if a person says “I'm proud to be gay” (literally, “I'm proud to be gay”), this does not mean that he considers his sexual orientation more "worthy" than any other. This phrase should be perceived in the context of "I am not ashamed of who I am and accept myself that way."

7. Who discriminates against LGBT people?

Representatives of the LGBT community are discriminated against in various spheres of life. The most painful is the so-called family discrimination, when young children, sometimes minors, are kicked out of the house after learning about their sexuality. Of course, both gay and lesbian adults are well aware of discrimination. Thus, representatives of the LGBT community can be unjustifiably dismissed from their jobs, denied employment, abruptly terminated a rental contract, kicked out of a cafe, expelled from a university or other educational institution.

LGBT people suffer from regular abuse, extortion and blackmail by unscrupulous law enforcement officials. Sometimes criminals choose representatives of the LGBT community as potential victims of robberies and robberies, on the basis that they, out of fear for their reputation, will not complain to law enforcement officers.

Transgender people are often the victims of even more severe discrimination, because their appearance differs from the majority of what a man or woman should look like.

8. What kind of LGBT rights are being violated?

Unfortunately, the Azerbaijani society and Azerbaijan as a whole are still very far from adhering to the implementation of the article of the Constitution in everyday life. The Constitution says that every citizen has the right to respect for his own dignity. Considering LGBT people as second-class people, such “non-citizens”, our compatriots at various levels violate fundamental human rights in relation to representatives of the LGBT community. 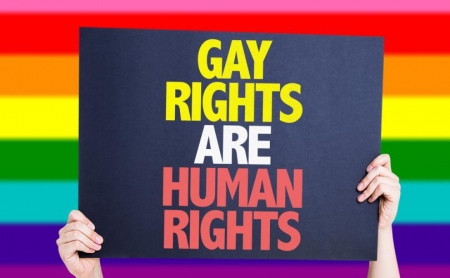 The following rights are violated:

1) for housing (parents can drive a minor gay man out of the house);

3) education (may be unjustifiably expelled from an educational institution);

4) to work (expelled from work, groundlessly not hired);

5) personal integrity (aggressive attacks on people because of their sexual orientation);

7) non-disclosure of confidential information (information about sexual orientation may be communicated to third parties);

8) to create a family (people do not have the opportunity to legalize their family relations on the territory of Azerbaijan).

The problem is that such a large social group as homosexuals and bisexuals of both sexes are almost completely ignored in Russian legislation - as if they did not exist in nature. We have a wonderful anti-discrimination article in the Constitution, but the human right to equality regardless of sexual orientation is not directly protected in this article.

We have a law “On the basics of preventing and combating discrimination in Azerbaijan”, but it never mentions sexual orientation or gender identity. Our Family Code completely ignores the thousands of same-sex partnerships that informally exist in our country, when people run a joint household, living under the same roof as a family and in many cases raising children.

In the practice of criminal proceedings, it is believed that sexual intercourse between a 100% gay man and a woman is "natural" for him, but the connection between two gays is unnatural for either of them.

So, we need to thoroughly cleanse the legislation from the remnants of Sovietization and bring it in line with current social realities and European norms. Only then will everything begin to change for the better.

The article has been published with editorial changes. - Approx. ed.