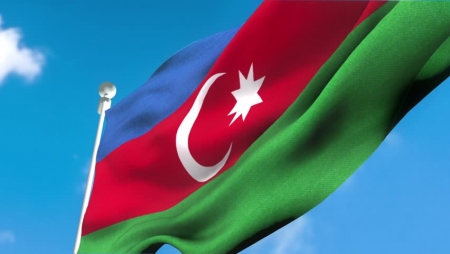 8 facts about LGBT and HIV rights in Azerbaijan

Азербайджан
Recently, the international non-governmental organization ECOM * presented the "Analysis of the national legislation of Azerbaijan related to the rights of LGBT and HIV" for 2019

The purpose of this analysis is to identify legal barriers that prevent people living with HIV, gays, and other men who have sex with men, as well as trans * people, from realizing their rights in various areas of life.

It is not customary in Azerbaijani society to talk about and reveal the sexual side of one's life, there are no educational programs on television or radio, there are no public discussions in the media on this topic, curricula in public schools do not include sex education, and there are no educational materials for schoolchildren. dedicated to this topic. The topic of homosexuality is kept silent, and if it is mentioned, then any mention in the media has a more negative connotation, which creates the preconditions for creating a stereotype about the abnormality of this kind of lifestyle, because it contradicts the norms of society accepted in Azerbaijan. As a result, the society does not even consider the topic of discrimination on the basis of SOGI and does not touch upon the topic of same-sex marriage.

Disclosure of one's homosexuality is considered immoral in society. As a result, a negative attitude has been created in society towards same-sex couples, towards the open holding of meetings of the LGBT community. Since laws reflect public opinion on certain issues, this largely explains the fact that there is no mention of discrimination based on sexual orientation and gender identity in national legislation. According to ILGA-Europe, Azerbaijan is the most homophobic country in Europe, taking the last place in the 2016-2018 ranking among other 49 European countries.

Currently, the age of consent for engaging in sexual intercourse for both heterosexual and homosexual people is 16 years.

There is no ban on blood donation for MSM in Azerbaijan.

Azerbaijan decriminalized homosexuality in 2000, but the legislation does not explicitly prohibit discrimination based on sexual orientation and gender identity.

Same-sex marriage and other forms of same-sex unions (civil partnerships) are not registered or recognized by law.

Trans * people can change their legal gender based on a court decision.

In 2017, mass arrests of gays and lesbians were carried out in the center of Baku.

It is impossible to find open representatives of the LGBT community among public sector workers in Azerbaijan.

Due to lack of funding, the article was translated by google translator. Gay.Az editors apologize for the inconvenience*
Gay.Az/Salam.gay
6
0
10.01.2020

Media in Azerbaijan ignore cases of violence against LGBT community