8 countries where a skirt is a sign of masculinity » LGBT Azerbaijan Gay.Az 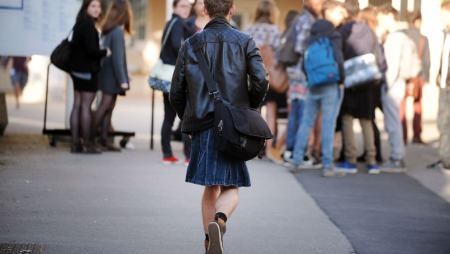 8 countries where a skirt is a sign of masculinity

society
We are all used to the fact that a man in a skirt is certainly a Scot. But it turns out that representatives of the stronger sex wear this piece of clothing in other countries. If in Scotland the kilt is only a national dress, then in some places on the planet wearing skirts is mandatory in certain cases, and in some places it is even prescribed by law.

Of course, it is worth starting the story about men's skirts from Scotland. Today, in a kilt, you can easily walk in Edinburgh and Glasgow, and the cities of Great Britain will perceive the Scottish national costume calmly. Despite this, the kilt is rarely worn - mainly at weddings and official receptions. 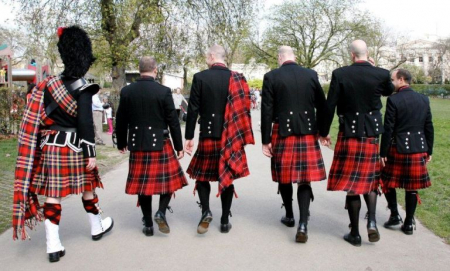 The Scottish kilt has a thousand-year history, and by its coloring you can find out where a man comes from and what clan he is from. This garment is made from a plaid woolen material now known as plaid. Technically, a kilt is the lower part of a large kilt, that is, a hiking blanket 5.5-6 meters long. In such a piece of fabric, the Scottish Highlander, if necessary, could wrap himself completely.

The gho robe, which is official wear in Bhutan, is worn complete with knee-length socks and a special kabni scarf. The invention of such a costume is attributed to Shabdrung Ngawang, who founded this mountainous state in the 17th century. According to this statesman, gho emphasizes the identity of the people of Bhutan. 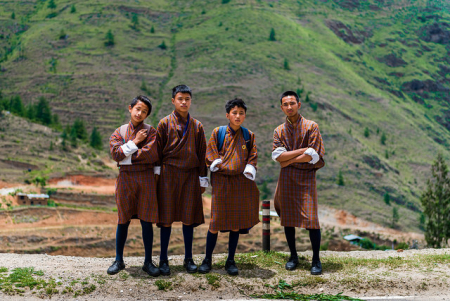 Wearing a gho in the country is mandatory on many occasions. In particular, all schoolchildren and employees of state institutions wear these clothes. Putting on this piece of clothing is not easy. and not every adult man copes with such a task without outside help.

Traditional men's clothing in Burma - pashou, is a piece of fabric 2 meters long and 0.8 meters wide. It wraps around the hips and is pulled into a knot at the stomach. Women's skirts are arranged in the same way, only fix them by tucking them in at the side. 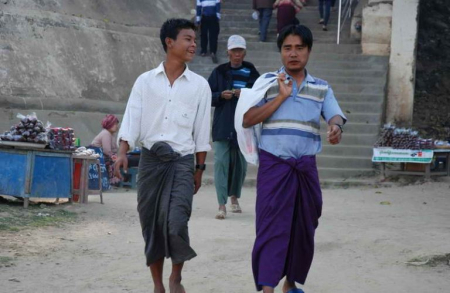 Easter is made from cotton fabrics of not too bright colors. In such a skirt it is very comfortable to walk and not hot in the summer. In case the hem interferes with the performance of any work, it is passed between the legs and attached to the belt, getting impromptu spacious shorts.

In Morocco, a long robe with a hood - djellaba, is both male and female clothing. There are two types of this attire - ordinary, made of cotton fabric, and insulated - made of wool. Dzhellaba protects from cold, heat, wind, dampness and even sand. 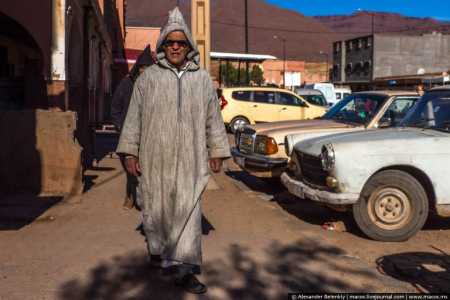 It is not uncommon to see Moroccans using the pointed hood of their clothing as a bag. The color of the djellaba is not chosen by chance - white robes are worn on special occasions, and if you see a man in a brown robe, you can be sure that he is not married.

Back in the 19th century, the fustanella skirt was a sign of special masculinity. In Greece, this clothing was an indispensable part of the military uniform for several centuries, and today you can see this vestment on the Evzones - guardsmen, who are so fond of photographing tourists during the changing of the guard. 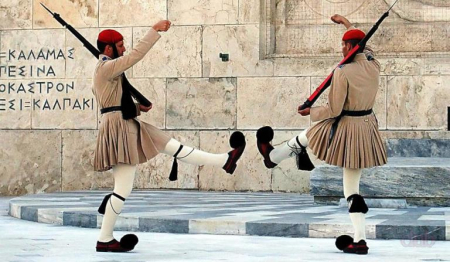 Fustanella is arranged quite complicated. This double layered woolen skirt has 400 folds, each symbolizing a year spent under the Ottoman yoke. By the way, the Greek guards themselves stroke the fustanellas, and the charter prescribes this to be done daily.

Hajj is a very important event in the life of every Muslim, and this requires a special wardrobe. Ihram is a men's clothing designed specifically for the pilgrimage to Mecca. Ihram consists of two pieces of white fabric, one of which is fixed around the waist, and the second is thrown over the shoulders. 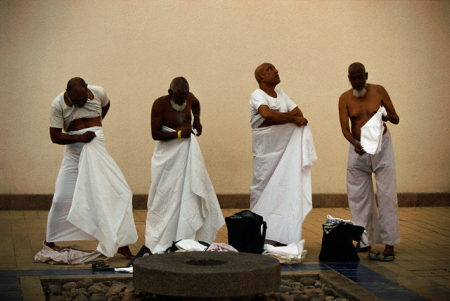 The main purpose of ihram is to demonstrate the unity of the faithful and their equality before Allah. In fact, it is simply impossible to distinguish a beggar tramp from a billionaire sheikh in the courtyard of the sacred Masjid al-Haram mosque.

On the islands of the Fiji archipelago, men began to wear skirts relatively recently - in the 19th century, after colonization by the British. Before that, men on fertile tropical islands did without clothes at all. The first to put on the sulu were the newly converted to the Christian faith of the islanders, in order to emphasize their difference from the pagans. 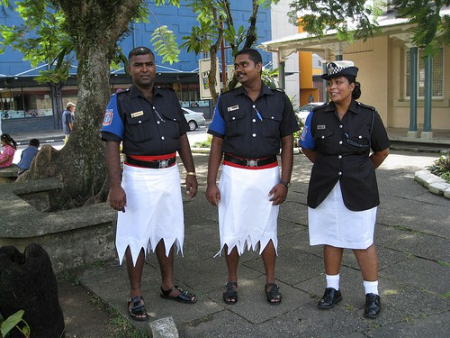 Sulu skirts usually have a length just below the knee, but no one forbids wearing ankle-length models. Sulu is worn by the military, police, and schoolchildren as a mandatory uniform. Also, this piece of clothing is a mandatory dress code in public institutions.

Today, the hakama skirt-pants in Japan can be seen in martial arts halls and museums, as well as during demonstration tea ceremonies. This ancient men's clothing appeared in the Land of the Rising Sun as early as the 6th century - it, like many other things, was brought from neighboring China. 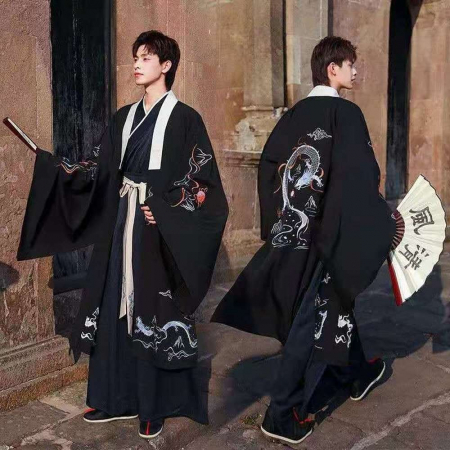 The hakama has 7 folds, five of which are in the front and two in the back. Some believe that these numbers are taken from the samurai code of honor, according to the number of virtues, however, most likely, this detail is of purely practical importance, as it compensates for the different step widths of the right and left legs. Folding the hakama along all the folds and not wrinkling is a real art that needs to be mastered for a long time and hard.