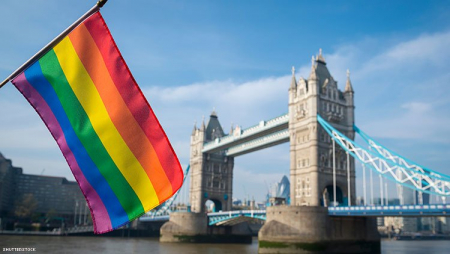 In world
LGBT rights in the Cayman Islands and Bermuda were dealt a devastating blow from the UK on Monday after London's highest court of appeal, the Privy Council, sided with opponents of marital equality.

The British Privy Council is the final court of appeal for the British territories. The judges of the Privy Council, the Advocate reports, supported not only the authorities of Bermuda, which declared same-sex marriage illegal for the third time, but also stated that LGBT people in the Caymans do not have the right to enter into same-sex marriages based on the constitution of the islands.

However, in their ruling in the Bermuda case, the Privy Council judges pointed out that the history of marriage is "a path of denigration and victimization of gays, and that limiting marriage to opposite-sex couples can cause gays to feel stigmatized." But, alas, the judges delivered a verdict: "International documents and constitutions of other countries cannot be used to interpret the constitution of Bermuda and the right to legal recognition of same-sex marriages."

In the Cayman Islands case, the judges ruled that marriage is a matter for legislators, not a constitutional right.

LGBT activists in the Cayman and Bermuda have vowed to challenge the decision of the Judicial Committee of the Privy Council of the United Kingdom.

Gay.Az/salam.gay/gay.ru
Due to lack of funding, the article was translated by google translator. Gay.Az editors apologize for the inconvenience*
14
18
15.03.2022