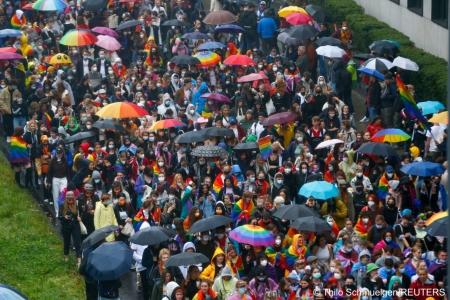 In Germany, thousands of people took part in a gay pride parade (PHOTOS)

In world
In Cologne, about ten thousand people on Sunday, August 29, took part in the traditional gay pride parade called Christopher Street Day, despite the rainy weather. This event is held annually in support of the rights of sexual minorities and is one of the largest of its kind in Germany. 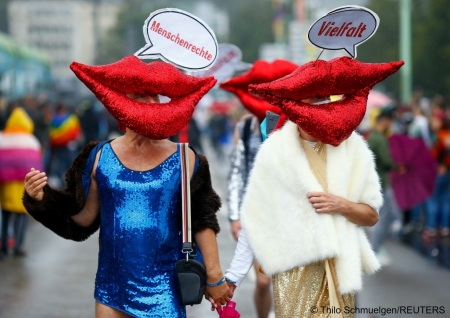 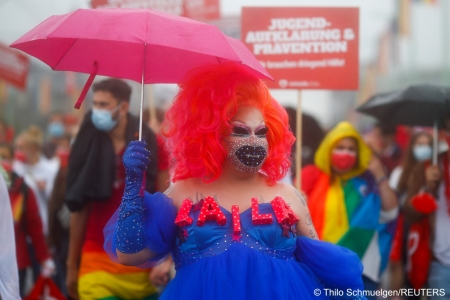 According to the organizers, this year more than a hundred clubs, organizations and associations have applied for participation in the parade, including the international human rights organization Amnesty International and the football club 1. FC Köln. At the same time, only vaccinated people and holders of a negative coronavirus test or a certificate of a recently transferred infection could join the action. The wearing of masks was also obligatory.

Due to lack of funding, the article was translated by google translator. Gay.Az editors apologize for the inconvenience*
Gay.Az/Salam.gay/dw.com
17
10
30.08.2021