Georgia: Riots over the Gay Pride in Tbilisi (PHOTOS) (VIDEO)

In world
In Tbilisi, street riots broke out with the participation of opponents of the planned march of the LGBT community in defense of the rights of LGBT citizens. Opponents of the march broke in and destroyed the office of the Tbilisi Pride organization.

About fifty media workers have suffered as a result of violence by opponents of the March of Dignity, which was to end the week of the Pride in Tbilisi on Monday. Some of them required hospitalization, equipment was damaged. LGBT activists had to cancel the planned march because they fear for the safety of the event participants. 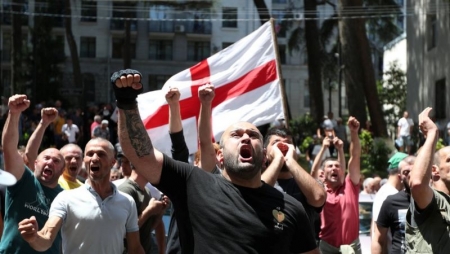 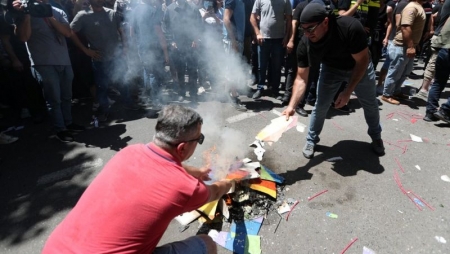 The head of Tbilisi Pride Giorgi Tabagari believes that the country's security services could assist the demonstrators who opposed the holding of queer pride.

“Taking into account today's events, we have no expectations that the Ministry of Internal Affairs will adequately fulfill its obligations, since we see that the police do not react to the facts of violence,” the Tbilisi Pride non-governmental organization said in a statement.

“The authorities not only failed to ensure the safety of the queer community and our supporters, but also prevented us from exercising the right to assemble. people! War has been declared on the civil society, democratic values and the European course of the country. " - said the activists. 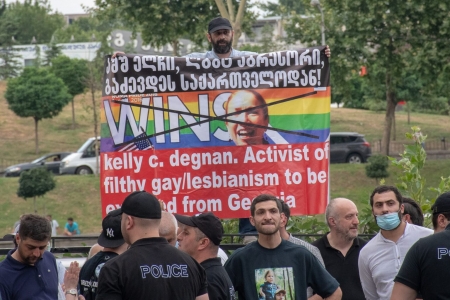 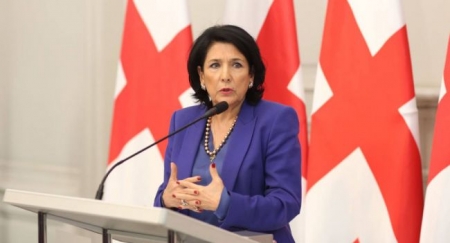 Georgian President Salome Zurabishvili condemned "today's events and all incidents of violence and persecution due to differing opinions or gender identity."

She also criticized the facts of attacks on media representatives and once again reiterated her position that all citizens are free to exercise their constitutional rights. 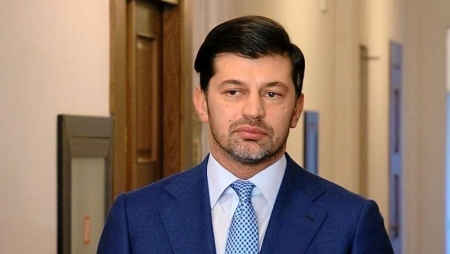 Tbilisi Mayor Kakha Kaladze, one of the leaders of the ruling Georgian Dream party, called the incidents of violence in the Georgian capital "unimaginable".

"It is unacceptable to run around the streets like this ... The media should be inviolable even in the hottest parts of the world," Kaladze said, urging opponents of queer pride to allow journalists to carry out their professional duties.

The embassies of 18 Western countries, as well as the EU Delegation, the EU Observer Mission in Georgia, and the UN Office in the country issued a joint statement condemning the brutal attacks on activists and journalists. They also criticized the “failure of government leaders and clergy” to condemn the outbreak of violence.

They added that those involved in this "must be punished to the fullest extent of the law."

The media are taking journalists out of the conflict zone.

The heads of Pirveli, TV Mtavari and Formula made an emergency statement in which, due to the ongoing attacks, they urged the media to withdraw journalists and staff from areas where the Pride protests took place.

They accused the government of not ensuring the safety of journalists.

Palitra News also announced the suspension of journalists from covering the protests.

Giorgi Gogia, Assistant Director for European and Central Asian Affairs at Human Rights Watch, called the cancellation of the queer pride in Tbilisi "a big step back" for Georgia.

“Tbilisi Pride had to cancel the March of Dignity planned for today after the authorities made it clear that they did not intend to ensure the safety of [the participants], as far-right groups were cruising through the city center, attacking journalists and the office [” Tbilisi Pride "]. A big step back! It's unfortunate, "wrote Gogia on Twitter.

“Make no mistake, this is not a victory of the ultra-right groups, but the absolute failure of the state, which has connived and allowed violence on the streets of Tbilisi today,” he continued.

The Church Calls for "Peace and Prayer" 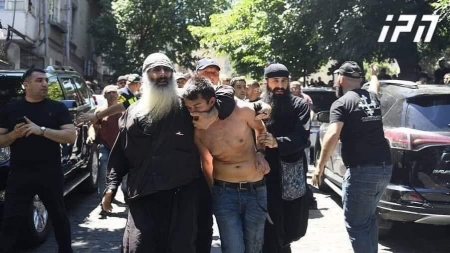 The Georgian Orthodox Church issued a statement urging anti-pride protesters to be "peaceful and focused only on prayer."

"While we oppose sin that is clearly unacceptable to Christian teaching and protest against the spread of immorality, we pray not only for spiritual children, but above all, for those who plan to do the opposite."

“Christianity demands peace and mutual love. We ask everyone to refrain from any aggressive and offensive actions, including physical and verbal confrontation, so that all this does not lead to any escalation and does not harm our compatriots, regardless of their different views and beliefs, profession and social status. "

The reaction of the Ministry of Internal Affairs 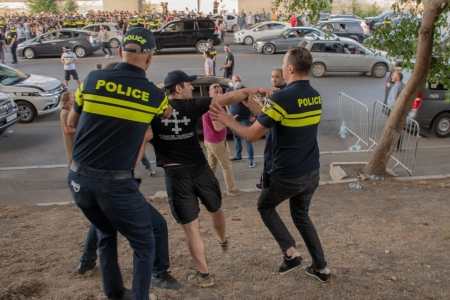 According to the Ministry of Internal Affairs, violence was committed against 55 persons, 53 of them are representatives of the media, the investigation is being conducted under criminal articles on illegal obstruction of journalists in their professional activities and on violence. Authorities say eight suspects in the attacks have been administratively detained.

In addition, an investigation was launched into illegal actions in the offices of the Shame movement and the Tbilisi Pride organization under the article on damage and destruction of someone else's property.

The Georgian Interior Ministry earlier called on the organizers to refuse to hold the march in an open space, explaining this by the scale of the rallies planned by the opponents.

Due to lack of funding, the article was translated by google translator. Gay.Az editors apologize for the inconvenience*
Gay.Az/Salam.gay/oc-media.org/bbc.com/ipi.media
15
7
05.07.2021