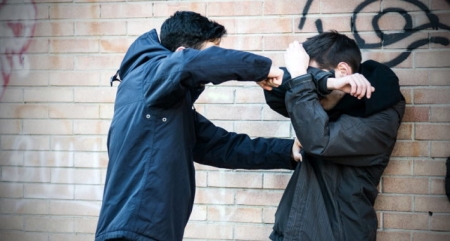 Азербайджан
Abbaskhan Humbatov, a resident of Baku, said that he was stabbed by two previously unknown young people. According to the victim, he was attacked as a result of a possible outbreak of homophobia caused by hair color, the men who attacked him on the street shouted homophobic insults. This is reported by Gay.Az with reference to local media.

According to Humbatov, after receiving medical assistance, he applied to the police station No. 17 in Narimanov district to file a statement on the fact of the incident. However, the staff did not take his complaint seriously. Despite the injuries to the leg, the police wanted to register the incident as an "insult".

Commenting on this statement, the press service of the Ministry of Internal Affairs of Azerbaijan stated that A. Gumbatov did not file a complaint with the police either by number 102 or in any other way.

“Nevertheless, according to his statement, an investigation was started, the police officers called him and invited him to the department to testify on the fact. Abbaskhan Gumbatov first announced that he would come, but then turned off the phone, ”the Interior Ministry said.

Due to lack of funding, the article was translated by google translator. Gay.Az editors apologize for the inconvenience*
Gay.Az/Salam.gay
24
6
02.07.2021